posted in Development on 21 December 2018 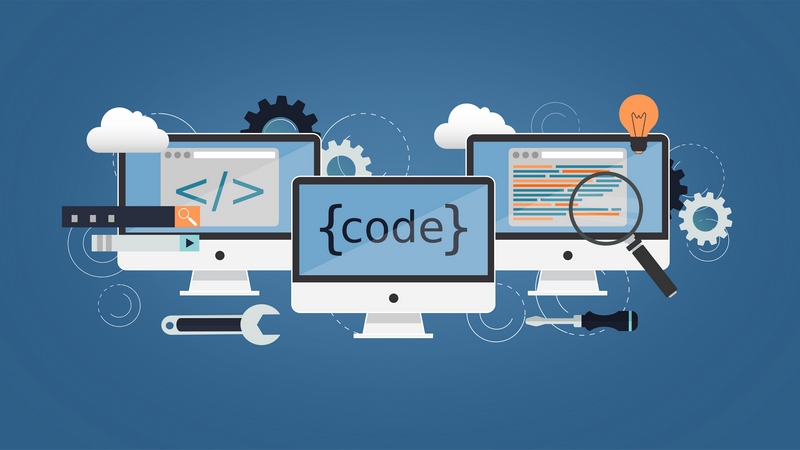 With the general requirements for web applications, the demand for high-level frameworks is growing. And, as a result, choosing the right framework becomes a nightmare for a developer. Therefore, let’s consider the top web development frameworks that are ideal for your project in 2018.

First and foremost, any well-thought-out framework has a high priority in meeting the needs of a developer. Therefore, let us focus on the relationship between the framework and the developer who creates applications.

AngularJS is an open-source web application development platform that was introduced by Google in 2009.
AngularJS is designed for dynamic web applications using HTML for static web pages. It extends HMTL and implements functions such as deep binding, debugging, automatic DOM manipulation, and client-side form validation without using additional JavaScript code.

Using this platform, you can create new HTML elements, use “components” to create and save snippets of code for later use. And also it has a lot of tools for all sorts of tests.

Among the top frameworks, AngularJS occupies one of the top positions in the list of favorite frameworks of any developer. From the first to the fifth versions, each release corrected and improved the previous version, providing a powerful base for developers.

Laravel is a powerful MVC (Model-View-Controller) PHP framework and one of the leading backend technologies. Most developers prefer to develop on Laravel when creating modern web applications.

It is quite versatile, and developers can use it to create both web and mobile applications. It offers several advantages not only to application owners but also to developers. Laravel has quite a wide functionality, including database migration, Bcrypt hashing, MVC support, password reset, etc. If you are looking for an extremely reliable and flexible framework that makes the most of MVC capabilities, Laravel is what you need in 2018.

Thanks to the dependency management system, Laravel deservedly takes the place next to AngularJs. And it’s not just dependency management, there are many other useful functions in this framework. For example, its own ORM (Object-Relational Mapping) and a three-layer architecture (MVC).

ReactJS is an open source library maintained by a large group of Facebook developers.

This is the best framework for creating large web apps that use data and change it over time without reloading the page. It can be used along with Javascript libraries and Angular.js. Today, developers are choosing to build React applications, since such apps can be developed quickly, easily, and they are more scalable.

Node.js has long remained the preferred choice of developers. This is a complete platform that allows you to create fast and expandable web applications. If you are looking for a platform with a JavaScript environment, then Node.js is an excellent choice.

Responsive, non-blocking and fast tool. GoDaddy and Paypal are just some of the big-name companies that use Node.js. It is best suited for I/O and streaming apps.

Ruby on Rails is one of the most popular frameworks for developers. If you want your developers to like their work, then give them Ruby on Rails. They will be very happy.

Rails is primarily a development environment that is great for building any type of web application: systems for managing websites and e-commerce platforms; programs for organizing work; web services for communicating, accounting, and ERP systems; statistical and analytical systems.

This framework is built in the well-known Ruby programming language. What is its main feature? It is the fact that code reuse radically simplifies and accelerates the development of web applications. In addition, this approach allows you to use some additional features. Basecamp, Ask.fm, GitHub, 500px, etc. are among the most popular websites written in Ruby on Rails.

Choosing the right framework is one of the key points affecting the quality of a future website. Each of the described technologies can be called complete in all respects since they are used both for the frontend and for the backend development. Therefore, simply select one of the best frameworks of 2018 according to your preferences.